Are Medical Wearables a New Kind of Invasive Procedure?

Mar 16, 2019Ward ScottNewsComments Off on Are Medical Wearables a New Kind of Invasive Procedure?Like 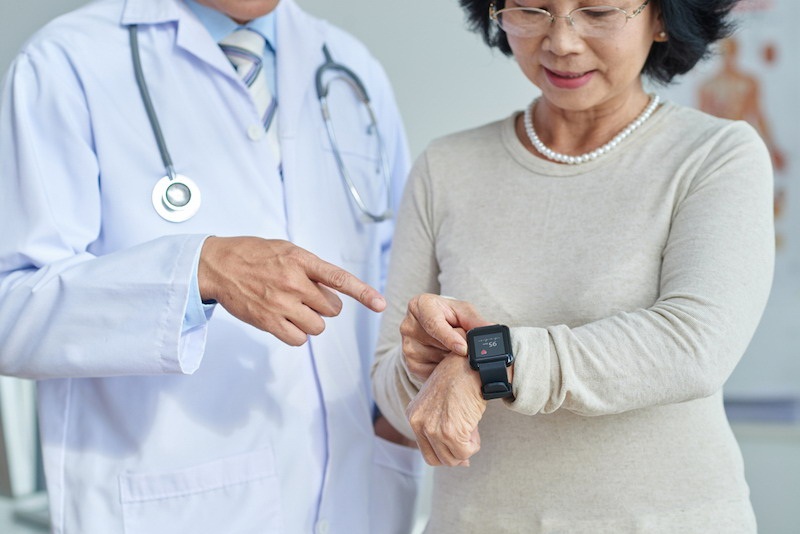 Stem cell and platelet-rich plasma (PRP) injections are growing in popularity as an alternative to more traditional treatments for osteoarthritis and musculoskeletal injuries. Patients electing one of the treatments often cite a reluctance to undergo invasive surgery as their primary motivation. This brings up an interesting question about medical wearables: do they represent a new kind of invasive procedure?

An invasive procedure is one that requires healthcare providers to ‘invade’ the human body. As such, there are levels of invasiveness. Open heart surgery would be considered among the most invasive procedures because the chest cavity must be fully opened to expose the heart. Brain surgery is also invasive to the extreme.

On the other hand, an injection is considered minimally invasive. The body is still invaded by needle and syringe, but said invasion is minor compared to open heart or brain surgery. Now, let us compare this to the idea of wearing medical devices capable of monitoring everything from heart rate to blood pressure. They are invasive, just in a different kind of way.

To understand how and why wearables could be considered invasive, you must understand how they work. Let us take something as simple as a wearable that tracks heart rate, respiration, and so forth.

That wearable device measures signals produced by the body during normal activity. Those signals are then processed by the device to remove noise and present the user with meaningful data. According to California-based Rock West Solutions, a company that specializes in signal processing for the healthcare industry, this step is critical to making a wearable usable for practical purposes.

So how is this technology invasive? Because it doesn’t just measure heart rate and respiration. The device generates a ton of data that inevitably gets sent back to the device manufacturer. It is data that can be sold to anyone interested in having it.

Improving Data at a Huge Cost

The invasiveness of wearables is not something a lot of people think about. Yet an article recently published on the Innovation Enterprise website makes it very clear that wearables are invasive, albeit indirectly. The article talks about how wearables are leveling the healthcare playing field by putting people in charge of their own health data.

The underlying premise is true only to the extent that people can monitor their own health and then decide what to do with the data presented to them. But wearable users do not really have any control over how the data their devices generate is stored, analyzed, and kept secure.

It is true that wearable data is empowering people to question the opinions of healthcare providers rather than simply believing everything they are told. This is a good thing, as pointed out by the Innovation Enterprise article. But there’s a larger point the article fails to address: the monetization of data.

In theory, the company behind a given wearable might tell users that only they have access to their data. And in a few cases, that might be true. But for how long? Will there come a day when the device manufacturer decides there is too much money to be made to keep the data private any longer?

Wearables represent a new kind of invasive procedure in which the invasion is not physical. It is an invasion of something less tangible but no less important: privacy. That may not seem like a big deal to a generation that has been raised on technology but is critically important to older people who understand how private information can be used for undesirable purposes.

Previous PostBouldering: How to Do It Safely and Prevent Injuries Next PostWhat are the Most Common Issues Faced by Every Freezer?